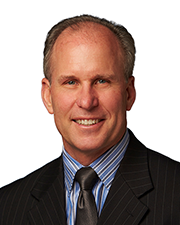 Bill Ehret brings 33 years of commercial real estate experience to Avison Young, most recently as a co-founder and partner with Cushman & Wakefield/Summit in Indianapolis. He launched Summit Realty Group in 1993 before spearheading its move to the Cushman & Wakefield Alliance in 2002. Ehret grew his Indianapolis operation from five to 75 members, enabling it to become one of the top 15 commercial real estate firms in the U.S. Midwest. He also served on the Cushman and Wakefield Alliance Executive Committee from 2006 to 2014.

Ehret started his commercial real estate career as a researcher with a leading Indianapolis company before becoming a broker and executive. During his career, he has gained considerable expertise in the Indianapolis office market, particularly within the downtown core, while representing such clients as Equity Office Properties, Dow Chemical, Dow AgroSciences, Milliman, USA, Krieg DeVault, LLP, USA Football and USA Gymnastics. He has garnered numerous awards, including:  Indiana Commercial Board of Realtors Realtor of the Year (2011); Midwest Commercial Real Estate Magazine Hall of Fame (2011); Indianapolis Business Journal Who’s Who in Commercial Real Estate (2003 and 2011); NAIOP Broker Transaction of the Year (2009); SIOR Largest Dollar Volume Transaction – Office (2004); and CoStar Group Indianapolis Power Broker (2005-2014).

A member of Society of Industrial and Office Realtors (SIOR) since 1989, Ehret is also active with many civic and business organizations, including Central Indiana Regional Transportation Authority (CIRTA) and ARC of Indiana. From 2011 to 2013, he served on Indiana University’s Kelley School of Business/Benecki Center for Real Estate Studies advisory board. He holds a Bachelor of Arts in psychology from Indiana University.