Microsoft buying land and retail in the GTA? What’s up with that? 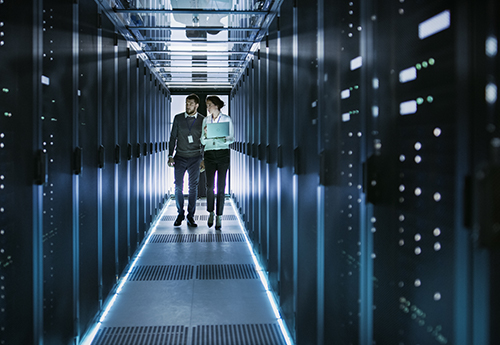 When you think of Microsoft in the context of commercial real estate, you think of them as a global technology player and as an occupier in gleaming downtown high-rise office towers or sprawling suburban office campuses. However, Microsoft Canada recently pivoted from occupier to investor – acquiring a parcel of land and a retail property a month apart in the Greater Toronto Area (GTA). This has raised the question: Why?

The first acquisition took place in March 2021 and included a free-standing, 145,000-square-foot (sf) vacant retail property on a 13.5-acre site, owned by Lowe’s Canada. Microsoft paid $49 million or $338 per square foot (psf) for the property that is near major highways and a large urban population. This type of site is highly coveted by e-commerce retailers, 3PL, logistics, and distribution players in what is arguably the hottest industrial and land market in North America.

The second transaction concluded in April 2021 and involved a 28.2-acre site (vacant and unimproved) in the GTA’s Vaughan market for $95.7 million or $3.4 million per acre from Zzen Group, a private developer. Some will argue Microsoft paid a hefty premium, given the highly competitive land market.

The race for cloud domination

The recent acquisitions may have to do with Microsoft’s ambition to become the top cloud data service provider with its Microsoft Azure software-as-a-service offering – pitting the company head-to-head against Amazon Web Services.

Let’s face it, the COVID-19 pandemic has fuelled Microsoft’s cloud business as a multitude of enterprises use Microsoft Teams for remote work and, by all indications, this is expected to persist even after the pandemic.

In January 2020, Microsoft Canada announced it was undertaking the largest expansion of its Canadian-based cloud computing infrastructure since it launched two Canadian cloud data-centre regions in 2016. The announcement included plans to add Azure Availability Zones in the Azure Canada Central region (i.e. Toronto), increasing the region’s “compute capacity” by more than 1300% since it was first brought online five years ago.

Furthermore, in March 2021, Microsoft announced investment geared towards the creation of a new Data Innovation Centre of Excellence to be housed within its new state-of-the-art headquarters in Downtown Toronto and the addition of a new Azure Edge Zone in Western Canada – further increasing the company’s significant cloud footprint, nationally.

Microsoft has also been busy south of the border, acquiring a 22-acre development site in San Jose, California in early May for almost US$79 million or $3.6 million per acre.

Microsoft’s data centres for Azure and Office365 offerings are in 50 regions, spanning 140 countries – two in Canada, Central (Toronto) and East (Quebec City) and soon to be in Vancouver, in Western Canada. According to the announcement, Azure Edge Zones are extensions of Azure’s cloud services and are intended to place infrastructure close to customers to support latency-sensitive workloads and improve connectivity. Clearly, demand for cloud-based solutions is heating up in the fourth largest city in North America and a critical data centre market.

Not too long after the Microsoft acquisitions in the GTA, U.S.-based STACK Infrastructure announced a partnership with local developer First Gulf to develop a 56-MW data centre campus on a 19-acre site with a vacant 186,000-sf industrial building in Toronto's east end. The property was purchased by First Gulf from Eli Lilly Canada in December 2020 for $24.6 million or $133 psf – the building selling essentially for its land value. This is STACK’s first international expansion, looking to provide what it calls hyperscale and enterprise solutions to its clients.

It looks like the playing field just became a lot more crowded in what already is a very tight industrial and land market with e-commerce and data centre demand – the virtual world – demanding more space in the physical world.

So, is it possible that these recent acquisitions will end up being Microsoft data centres? Stay tuned.

For a more in-depth look at the industrial leasing and investment market in the GTA, read here and here.