Despite the “Great Lockdown”, Canadian office sublet space growth is in check (for now)

Economic downturns typically breed growth in sublease space in the commercial real estate (CRE) sector, but we can all agree that this downturn is like no other, and the outcome is unpredictable.

An analysis of new office sublet listings in Canada's major CRE markets through the first week of May 2020 reveals that a much-discussed potential spike in listings resulting from the COVID-19 pandemic has not occurred – yet. While this will certainly change in the coming weeks and months, the following highlights will serve as a benchmark from which to measure the full effect of the pandemic: 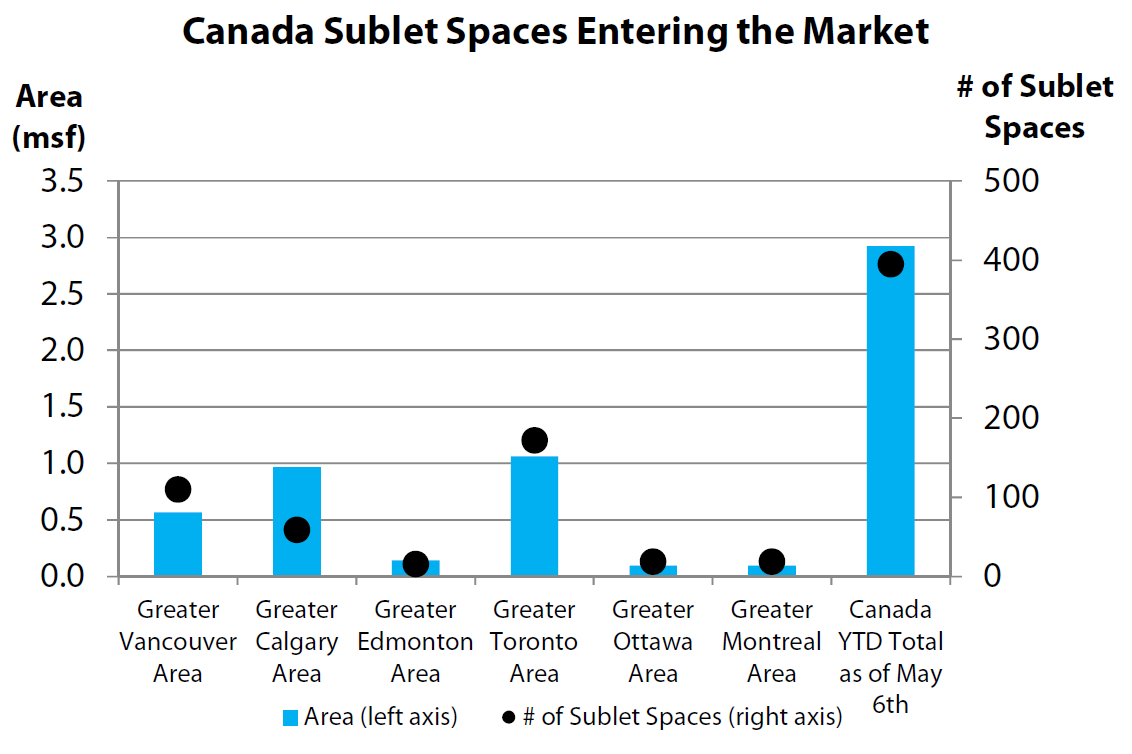 There is a lot of discussion in the marketplace about upcoming sublease listings, many of which have likely not yet been marketed due to the logistical difficulties (such as touring spaces) that would arise and the reluctance of potential subtenants to transact amid the uncertainty of the pandemic. As restrictions are lifted across the country, more listings may come to market and only then will the true extent of the phenomenon become apparent.

[email protected]
+1 416.906.3072
© 2021. Avison Young. Information contained in this report was obtained from sources deemed reliable and, while thought to be correct, have not been verified. Avison Young does not guarantee the accuracy or completeness of the information presented, nor assumes any responsibility or liability for any errors or omissions therein. All opinions expressed and data provided herein are subject to change without notice. This report cannot be reproduced, in part or in full, in any format, without the prior written consent of Avison Young.
Subscribe today
Sign up to receive reports and listings