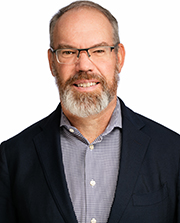 Over 25 years of tenant and landlord representation experience

An office leasing consultant since 1991; Glenn founded Canada West Realty in 1996 and joined Avison Young as a principal in 2004, with a focus on downtown and suburban office leasing, build to suit development opportunities and managing corporate sale and lease portfolios throughout North America. Glenn has negotiated over 5 million square feet of leases, valued at well over $4 billion in lease value, since 1991. Recent large lease transactions include a renewal and expansion on behalf of ConocoPhillips comprising over 815,000 square feet, various subleases on behalf of Encana totaling more than 1,000,000 square feet and a relocation of Alberta Energy Regulators of approximately 214,000 square feet.

Glenn’s dedication and commitment to excellence have made him an industry leader and consistently one of the top performers in the Calgary marketplace. Glenn and his team specialize in providing the highest quality of service to many of Canada’s largest and most sophisticated companies including ConocoPhillips, Encana Corporation, MNP and Alberta Treasury Branches.