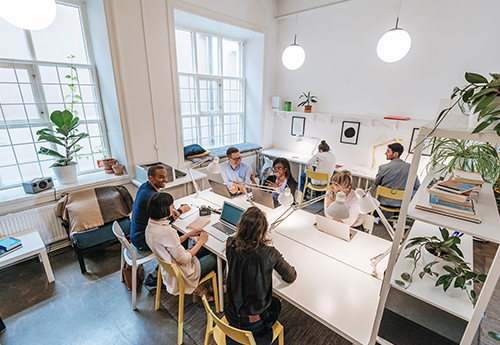 More than 15 months after the onset of the COVID-19 pandemic in Canada, the country is starting to make some real progress toward a future return to “normal”. With more than 66% of the population having received at least one dose of a vaccine (as of June 21st), the prospect of a meaningful re-opening is getting closer to reality in many parts of the country.

Canada’s office market is also sharing in the positive trend. Return-to-office discussions are taking place in cities where workers continue to work from home, and an uptick in tour activity is occurring as occupiers begin to view their future circumstances as more concrete. In addition, there are indications that the national sublet pipeline might be starting to turn the corner (as discussed in my recent blog) – another sign of confidence returning to the market.

After so many months with limited (but now improving) leasing activity, it’s worth bringing some analysis gleaned from AVANT by Avison Young, our proprietary data analytics platform, to what has largely been anecdotal discussion of market conditions.

To get some perspective on office occupier confidence across Canada, I thought it would be interesting to dive into the average lease term length for completed transactions over time. When occupiers feel secure in their expectations of the future, they are willing to commit to longer lease terms – and on the flip side, in times of uncertainty, shorter lease terms provide flexibility for occupier companies to adapt to evolving future requirements.

The chart below shows the average length of term for Canadian office leases signed in each month for the past five years. 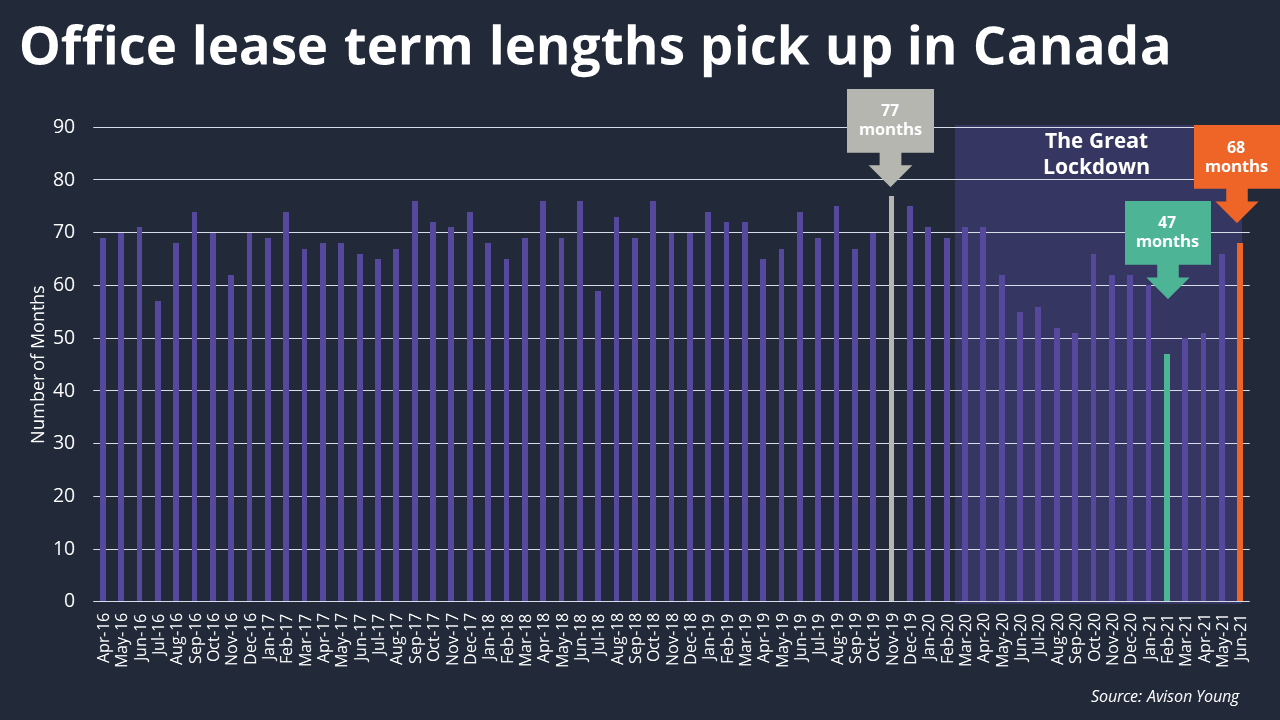 Some notable highlights revealed by this analysis include:

It’s great to see confidence returning among occupiers, as indicated by these trends. As vaccination rates rise and return-to-office plans become more real, this could all translate into not only an increase in leasing activity, but also the return of longer commitments as lease term lengths return to pre-pandemic levels.