Is real estate an inflation hedge?

As the world continues to recover from the impact of COVID-19, the global economy has experienced a robust rebound. This has been accompanied by a sharp increase in prices and wages, sparking fears that we are entering a new period that will be characterised by higher inflation and interest rates. This has propelled real estate into the spotlight as it is often argued that “property is a good hedge against inflation”. But is it always? In this piece we summarise the conclusions of our latest Insight report, which examines the economic outlook and evaluates whether real estate really does possess inflation-hedging properties.

First, let’s look at some history. After the inflationary spirals following the Oil Crises of the 1970s, inflation has been remarkably low and stable for the last thirty years. This is partly because central banks in the major western countries have explicitly targeted inflation as a key economic management tool. There have also been various structural factors helping to keep prices down – including globalisation of trade, de-regulation of labour markets to make them more flexible, increased international migration of labour and the role of technology and online retail in promoting price competition between retailers. These factors have combined to make it harder for suppliers to raise prices and for workers to demand higher wages.

Figure 1
Inflation has been structurally lower for almost four decades

However, the recent economic recovery from the pandemic has coincided with rising energy costs to push inflation back up to levels not seen for several decades. This has raised fears that the factors which held inflation down in the past may not do so over the next few years.

Our expectations for inflation and interest rates

Without going into all the detail (which can be found by downloading the full report – and trust us, there is some detail), we believe that we are set for a period of higher inflation and interest rates than we have been used to in recent years. The current economic cycle is starting from a point of low unemployment and skills shortages in many sectors, and an acceleration in wage increases that is already evident in many countries. While supply chain disruption directly attributable to the pandemic will continue to moderate, it will not disappear entirely. We are also seeing capacity constraints in various sectors due to the accelerated restructuring of the economy that has occurred over the last two years – for example the growth in online retail.

We expect global inflation rates to peak during the second quarter of 2022, but to remain above central bankers’ targets of 2% into 2023 . However, we do not envision a return to the sustained high inflation/low growth conditions which characterised the 1970s. Further increases in wages are inevitable, given prevailing labour market conditions, but the structural factors that restrained wage growth in recent decades remain largely intact. As such, we think the chances of a sustained “wage-price spiral” are low. As supply disruption starts to dissipate and the denominator effect leads to an inevitable fall in the rate of annual CPI increases, we expect popular concern to moderate and pressure on policy rates to ease next year. Interest rates will be higher than in recent years but will remain low by historic standards.

But what if we are wrong? Given that there is at least a risk that inflation will be persistently higher than expected, how should real estate investors position themselves? Is it true that real estate can offer protection against inflation? We start by answering this question before suggesting how investors can best position themselves from an income and capital perspective.

The claim that real estate is a good hedge against inflation appears reasonable on theoretical grounds. All other things being equal, during periods of inflation one would expect the rent on commercial property to rise along with the price of other inputs such as raw materials, goods, or labour. Lease renewals or rent reviews allow rents to be “marked to market”. Leases may also include explicit annual indexation of rents to some specified measure of inflation, or pre-set step-ups in rents over the term of the lease. They may also allow expenses such as maintenance costs to be passed through to tenants, protecting the net income of the owner.

The strength of the link between inflation and rental income growth will be heavily influenced by other factors – particularly the balance of supply and demand in the market which determines whether landlords can, in practice, increase rents. The type of inflation also matters. If costs are being driven up by “demand pull” from strong economic growth, we would expect real estate demand – and rents – to rise. On the other hand, landlords would find it harder to raise rents when “cost-push” inflation is driven by rising prices but without an associated increase in demand. We would also expect the relationship to vary between countries and property types depending on the way leases are typically structured. But overall, apart from short term distortions due to the property cycle, we would expect income – and thus property values – to keep pace with inflation over time.

In practice, real estate income may not directly hedge against inflation

This argument may look good in theory, but how well is the hypothesis supported by the data? We can start by looking at the correlation between inflation and asset performance. Evidence from the UK market suggests that net income growth is highly correlated with inflation , with a correlation coefficient of 0.7 (Figure 2).

However, as Figure 3 shows, the statistical relationship varies over time and by property sector. While it is true that income growth has broadly moved in line with inflation over the last four decades, the link has been much weaker, or even negative, over the last twenty years when inflation has been very subdued.

It’s not just about income...

Real estate investors need to consider not just income but the total return coming from rent and changes in capital value. Here, the evidence from the major property markets of UK, US and Canada suggests there is no direct and immediate link between inflation and real estate returns.

This is because the relationship between property performance and inflation depends on the state of the market as well as the type of inflation involved. In fact, as Figure 5 shows, the key driver of property performance is occupier demand which results from economic growth. Thus, correlations between property returns and GDP growth are significantly higher than the relationship with inflation, across all three countries.

Just a matter of time

This analysis suggests that real estate is certainly not an effective short-term “hedge” against inflation, but does real estate hold its value against inflation over the longer term? To examine this, we return to the UK, where we have a very long series of historic data on the capital value of commercial property. We look at the relationship between inflation and property values over different “hold periods” ranging from 5 to 20 years.

Our analysis shows that the relationship improves over longer time horizons – the optimum hold period in the UK is 17 years. In comparison, UK all-share equity market correlations with inflation over the equivalent periods are significantly lower, with coefficients of 0.20, 0.36 and 0.59 respectively . Thus, over time, real estate does seem to offer a more reliable and predictable level of capital value protection against inflation. This illustrates the important role that real estate plays in the portfolios of many long-term investors who regard predictability and security of capital preservation as an important investment objective.

Looking at total returns across different countries, although the time series available are shorter, the data suggests that if held for multiple years real estate typically delivers positive returns in real terms. Across all the 5-year rolling holding periods since 1985, property investors beat inflation around 85% of the time. However, we must caution that inflation has been very low throughout much of this period, so the true relationship during periods when inflation is high – which is what really matters – is impossible to test.

Finally, we need to consider differences in performance across sectors. Residential is the only one that delivers positive real returns over all holding periods in all three countries – and with high levels of outperformance. Offices, on the other hand, require the longest holding periods to smooth cyclical supply/ demand imbalances and beat inflation. To guarantee positive real returns over their hold period, over the last 35 years office investors should have targeted a 9-year investment horizon for the UK, 10-year for Canada and 13-year for the US.

Our analysis shows that the relationship between real estate and inflation is much more nuanced than conventional wisdom would suggest. Real estate’s inflation-protecting capabilities are best suited to long-term owners who are prepared to ride the fluctuations of multi-year economic and real estate cycles. For such investors, a significant degree of inflation protection for incomes and strong long-term capital preservation can be added to other investment characteristics which typically attract investors to the sector.

While not offering a “silver bullet” to protect from short-term inflation, there are clearly areas of the market that offer the best opportunity to generate positive real returns over the next few years, even in a heightened inflationary environment:

As the economic environment continues to evolve, investors should focus on the type of inflationary risk that emerges.

In a high growth-high inflation scenario (demand-pull inflation), which we regard as generally beneficial for real estate, investors should target:

In a low growth-high inflation scenario (cost-push inflation/ stagflation) the focus should be on property types offering some income protection:

To learn more about the relationship between inflation and real estate, please contact: 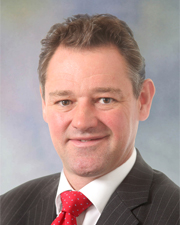 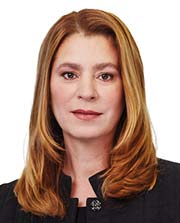 1. Please note that this report was finalised in late February 2022, in the early days of the Russian incursion into Ukraine. The conflict could have significant implications for inflation and interest rates, which could vary significantly depending on how the situation evolves.
2. A high positive correlation coefficient, close to 1, indicates that the asset is a good hedge against inflation, as the two series are moving in line with each other.
3. As would be expected, equities deliver higher returns but with greater volatility.

To learn more about the relationship between inflation and real estate, download our full report.