A Glimpse into the Future for Cultural Institutions in the 21st Century?

The Newseum, located in Washington, DC was founded by the Freedom Forum in 2008 to celebrate and chronicle First Amendment rights. Its permanent exhibits include a memorial to journalists who died in the line of duty, an archive of newspapers and magazines going back centuries, and one of the largest display portions of the Berlin wall. The history of modern journalism is told in more than 15 galleries and a dozen theaters housed at this location.

The demise of the Newseum is the latest sign of technological and political stresses challenging independent journalism, but we should also take note of what this development warns us about “crowding out” of valuable charities, cultural and religious facilities and public spaces to make way for new gleaming condominium towers, shopping malls and entertainment venues.

Despite sale proceeds of $372 million, the charity noted the most likely future of this institution is in cyber-space, an ironic obituary for an institution whose existence celebrated print medium, and this despite more than 10 years in one of the most conspicuous locations in the western world, (555 Pennsylvania Avenue in Washington, DC is mid-way between the Trump International Hotel and the US Capitol building) in the midst of the Smithsonian, FBI Building and the Canadian Embassy. The institution passed, for the most part, without notice. 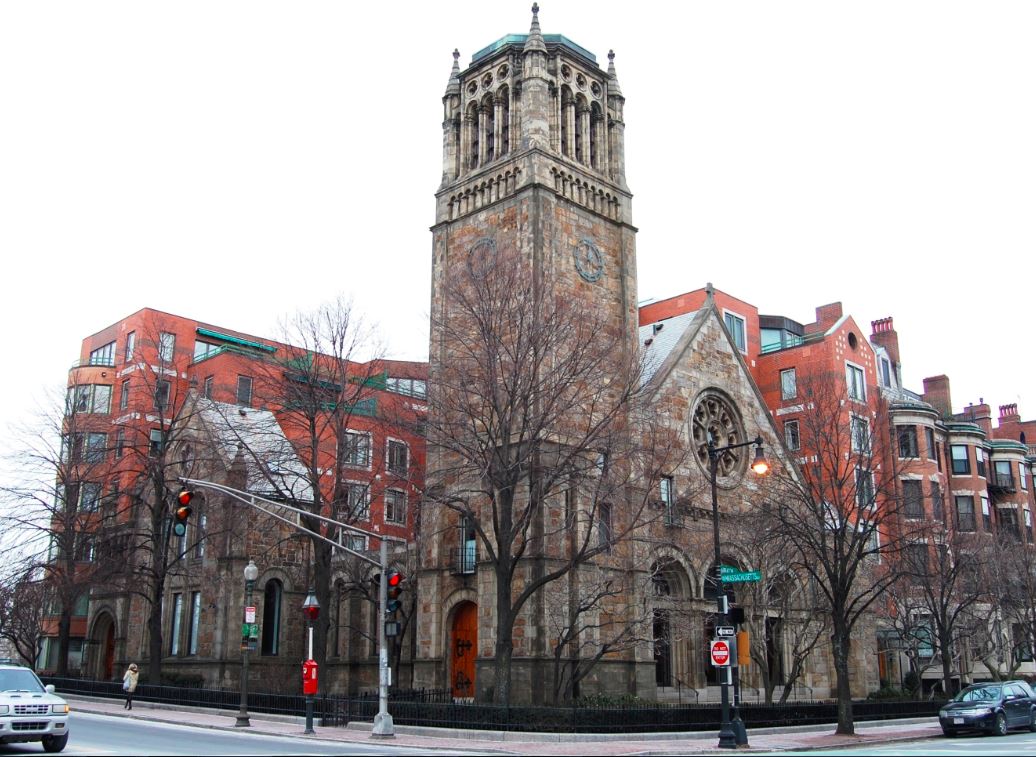 Like this 1892 Congregational Church at the corner of Beacon Street and Massachusetts Avenue in Boston, which was destroyed by arson in 1978, quickly followed by the approval for construction of 50 condominiums. Far from addressing the needs of neighborhood residents (largely students) a one-bedroom unit here now sell for upwards of $1.5 million.

Identifying sites for construction of housing is a great challenge for the world’s well-developed gateway cities, but the consequence of this fire was the demise of this community congregation, and its many charitable projects, as they had no hope of finding an alternative location in highly coveted Back Bay. The fact that the project sponsor was renown architect Graham Gund (of Harvard School of Architecture fame) likely facilitated re-use approvals, but also ensured façade restoration to record the historic passing of this community institution, which had served the neighborhood since 1814. Lest we forget, cultural and educational facilities, open space and related physical manifestations of community fiber, heath, talent and distinction, are themselves property value boosters.

Left to survive on charitable giving, physical space is rapidly becoming the pinch point for many contemporary cultural, ecological, religious and to a lesser extent, education and hospital organizations. These facilities are already exempt from property and sales (revenue) taxes in the US and in Canada; it is not by accident the successful bidder for the Newseum facility was another tax-exempt organization. Property taxes can amount to 30% or more of total costs to operate a facility in most major cities. But it’s not just competition for sites that is squeezing non-profits, it is rising operating costs, housing costs for employees and staff and financial pressure from the growing disparity between rising prosperity and lagging charitable giving; together with shifting funding priorities by both government and individuals (the former of which makes it very difficult for charities to do long term planning). In Canada one in ten Canadians works for a non-profit, making this the 5th largest employment category in the country.

In both the US and Canada, charitable giving is part of roughly 1/3 of all household budgets. However, on a total dollars given basis (see chart on left) the vast majority of all money is being contributed in the form of major gifts from individual, extremely wealthy contributors. In the United States, a significant portion of this activity manifests in major donations by billionaires to their personal foundations, such as the Zuckerberg and Dell foundations included in the chart on the left. Foundations are not a key tax strategy in Canada, so donations tend to get placed more directly with worthy organizations, in order to be tax deductible. Likewise, corporate donations are far more common in the US, (not included in the figures on the right), constituting on average, an additional 8% of total US contributions.

In both countries, University buildings and research centers (like the Bloomberg donation of acquisition of the Newseum property) are popular major gifts, and in Canada the largest pot of money is being donated to construct wings and research centers for hospitals (the vast majority of which are private). Naming rights are largely underpinning this trend.

In the US, individual contributions are widely spread among Human services (such as soup kitchens and homeless shelters), International Affairs (UNICEF and World Vision), Public-society benefit organizations (Red Cross and United Way) and in-kind contributions such as pharmaceuticals, computer equipment and lightly used clothing, which together comprise nearly half of all giving.

Every one of these causes is deserving. But in compiling these totals, especially over time, the looming crisis for public radio and television, fine arts and the environment comes into stark relief. And the pressure for redevelopment of the prime (and often historic) real estate these cultural institutions occupy is only getting worse. What can, and should be done?

The steady withdrawal of federal, state and provincial support for these specific cultural and natural investments is not well understood. Armed with more fulsome information, donors are better able to assess the needs and priorities of charitable organizations and their deployment track record. Each of us needs to reflect on our personal values and whether the institutions we support are the best way to further those efforts. In this era of government prosperity, an overlay on critical land use and zoning needs to be taken to prevent funding pressures from driving these institutions away from transit served, centralized locations where they are accessible to all and contribute deeply to community pride and connectivity. It is too late to save the Newseum, but that doesn’t mean we can’t learn from the experience.

[email protected]
+1 416.673.4034
© 2021. Avison Young. Information contained in this report was obtained from sources deemed reliable and, while thought to be correct, have not been verified. Avison Young does not guarantee the accuracy or completeness of the information presented, nor assumes any responsibility or liability for any errors or omissions therein. All opinions expressed and data provided herein are subject to change without notice. This report cannot be reproduced, in part or in full, in any format, without the prior written consent of Avison Young.
Subscribe today
Sign up to receive reports and listings