Reflections from week one of COP26: can we meet this moment with something more powerful than words and intentions – with critical, meaningful, and deeply collaborative action? 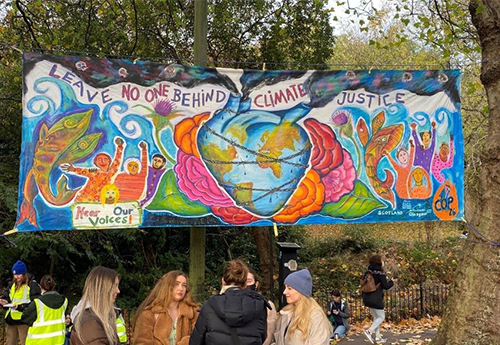 The COP26 convention, the conference of the parties (170 nations) meeting for the 26th occasion since 1992, is in and of itself an incredible feat.

There isn’t a comparable forum for any other single issue, not even a global pandemic, which invites all nations to resolve in unison a crisis at a global scale.

Despite Glasgow playing a very prominent and vibrant physical host city to COP26 it was in fact the UK’s turn to lead the conference. This involved setting the aims of the COP and curating a two-week programme of debate, negotiation, agreement and ultimately commitment to deliver positive outcomes.

It was labelled by US Senator John Kerry as the “best last chance” to reach a way forward to tackle the climate crisis as a collective. There were similar expectations set by leading CEO’s, the public and other leading lights in the run up to the conference, with many sectors and organisations in attendance for the first time.

As a result, this COP felt different to those that have come before, due to a huge spike in public awareness of climate change and what this conference represents. The level of anticipation and ambition, therefore, couldn’t have been higher.

Could this expectation and hope be turned into concrete commitments and action by participating nations?

With all taken home from week one’s conversations, I cannot wait to see what’s in store as we discuss city and built environment consequences in the days to follow, and of course to see how it’s all wrapped up into a final action plan by event close.

Here are just a few of my biggest thoughts as I reflect on all we touched on in week one:

1) National carbon reduction commitments give us a good feeling, but we need more than that at a time when confidence in working together globally is low.

The progress made on national carbon reduction pledges made so far at COP26 is a sign of progress and very necessary to create a platform for action. However, credibility came into sharp focus with the emphasis on a lack of clarity or confidence in how some of these pledges would be implemented. Is the policy gap or funding gap ever widening? Time will tell. Overall, approximately two-thirds of GDP is covered by net-zero targets with 2040/2050 end dates most common. The interim target dates are somewhat lost in these headline statements, though very important as they dictate the pace of change and arguably answer the question of how seriously countries are taking their pledges. I believe a mark of success for this COP will be the detail within the near and medium targets rather than the end goal.

Many of the changes that were committed will need to happen before 2030, the phase out of coal, eliminating deforestation and reducing emissions from methane. All the conversation around solutions was focussed on finance and technology but scant mention of personal sacrifice and changes to our habits. The latter point receiving the least amount of airtime as perhaps the most disruptive and unpopular solution to this crisis. Change in every aspect of our role shouldn’t be met with fear or resistance when the opportunities and business imperative far outweigh any perceived inconvenience.

2) Businesses vie for the spotlight, but can they deliver more than platitudes and hyperbole to avoid a PR stunt?

Climate commitments made by businesses in the run up to COP26 were celebrated but the mood very quickly turned to accusations of greenwash. Reputations are on the line from discerning shareholders and a public far more attuned to the nuance of what is needed to tackle the climate crisis than ever before. For those organisations hiding behind smokescreens, the act of greenwashing won’t last long. This is an issue I expect to rapidly rise up the corporate risk register in the next few years.

Governments and institutional arrangements, such as the IFRS, or International Financial Reporting Standard Foundation, are already putting in place frameworks to ensure climate reporting and disclosures are made mandatory, with priorities on audit quality and aligned with financial reporting. And all signals point that the same will soon apply to the verification of net-zero targets for large companies.

Discussions at the evening International Business Dinner showed the power of business to deliver these goals with a palpable sense of determination outweighing any corporate aggrandizement. 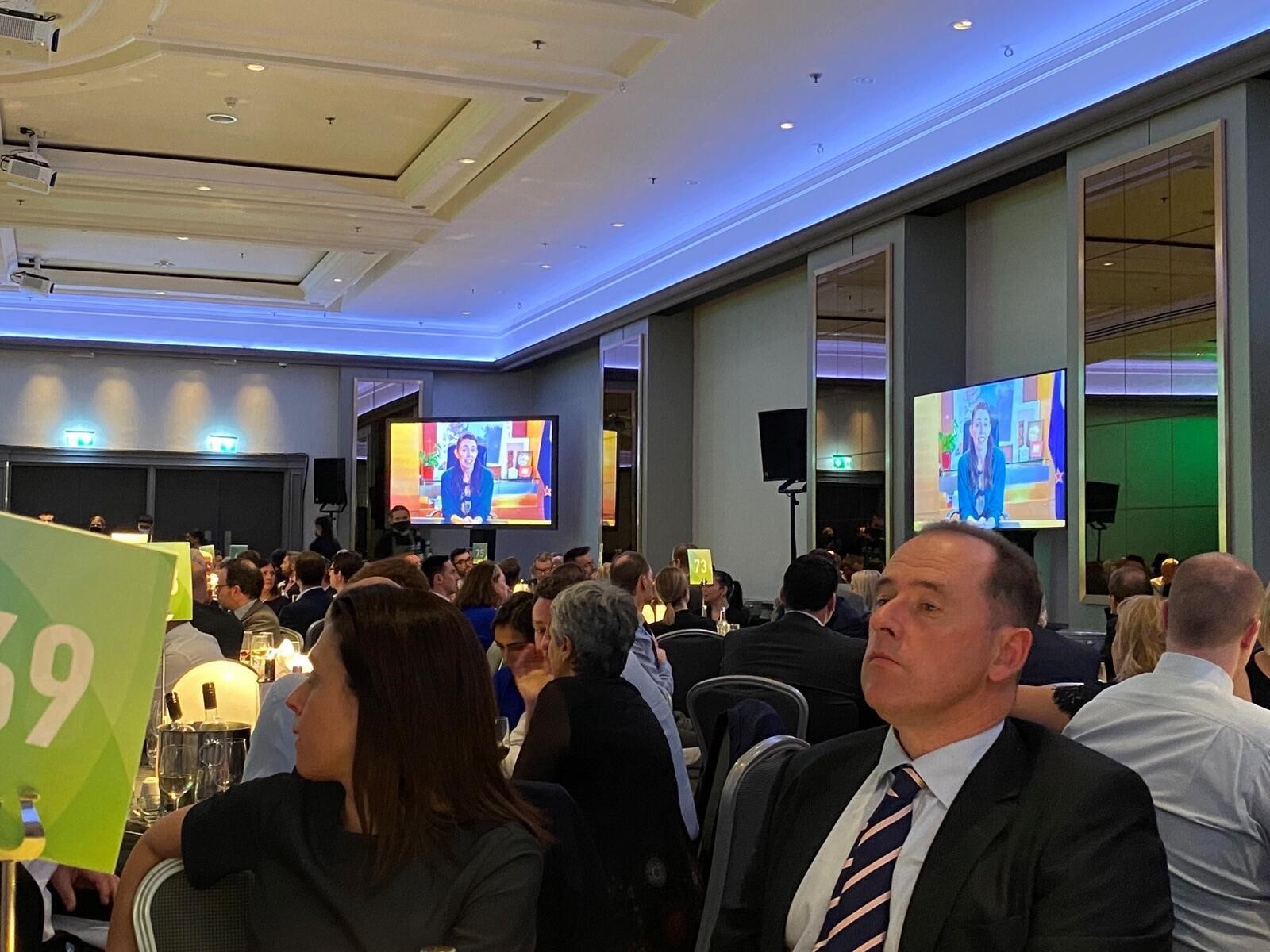 3) The public is very savvy: and creating emotional calls that shouldn’t be ignored.

The youth and empowerment day (day 5) witnessed thousands of young people from all over the world take the focus of COP26 to the streets, where they delivered messages to leaders peacefully but purposefully. Tellingly, they were joined by many of the delegates attending from all over the world. I think this will be a pivotal moment when we look back.

The crowds passed judgment on what was happening at COP26 with truth to power determination, marching with witty placards to convey their concerns and calls for more urgent action. It was a poignant moment walking around the fringes of the conference, experiencing their passion and expressions of concern for their futures. Parents of young children and indigenous groups also seize the moment. Whilst the message is at times delivered in a blunt way, many of the delegates cited this moment as a real motivator at the halfway point of the conference and I left Glasgow inspired that this group of people was reaching those leaders on an emotional level through a social justice lens. 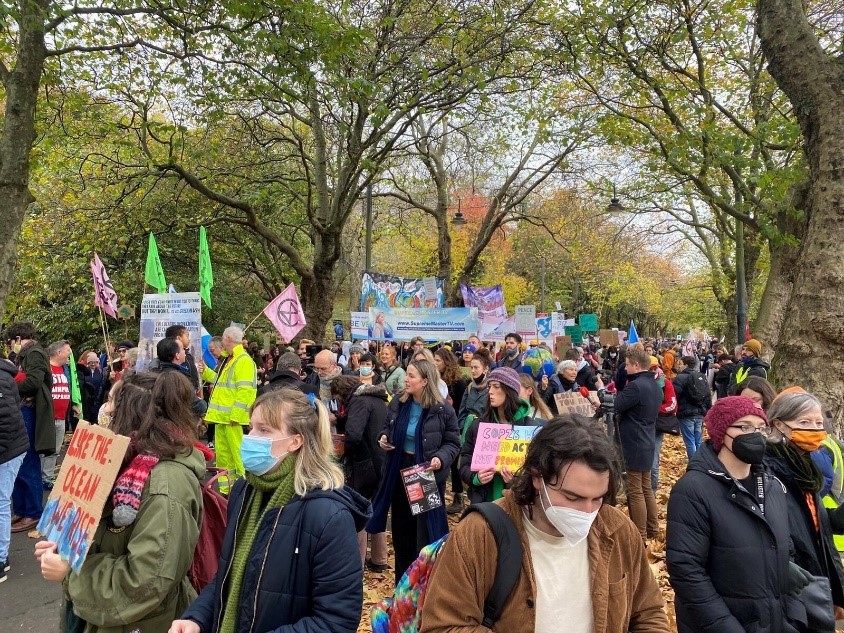 4) It’s the hope that kills you: we need much more than hope to make the impact we desire.

“It is the hope that kills you”, a line originating in British football stadiums and refreshed more recently by Ted Lasso. Unfortunately, in the context of the climate crisis it is a far more sinister truism. For we need more than hope, we need world leaders to take a stance and create the conditions for governments and private sector businesses to kick on and invest together, to deliver finance for a fair transition with scalable action and solutions, the likes of which we’ve never seen before. I’ll leave you with the words of Al Gore, “the climate revolution has the scale of the industrial revolution and the speed of the digital revolution”, an opportunity in my eyes which we can’t afford not to seize immediately.

Author email: [email protected]
Categories: Author email: [email protected]
© 2021. Avison Young. Information contained in this report was obtained from sources deemed reliable and, while thought to be correct, have not been verified. Avison Young does not guarantee the accuracy or completeness of the information presented, nor assumes any responsibility or liability for any errors or omissions therein. All opinions expressed and data provided herein are subject to change without notice. This report cannot be reproduced, in part or in full, in any format, without the prior written consent of Avison Young.
Subscribe today
Sign up to receive blog updates