Past performance is no indication of future results: Toronto’s “Sublease Curve” revisited 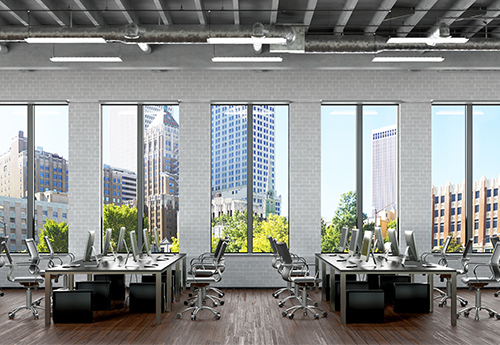 At the end of August, our previous blog took an in-depth look at the office sublease market in the Greater Toronto Area (GTA) and raised the question of whether tenant demand would be sufficient to “flatten the curve”. More than two months down the road, it’s time to check in with the market and take another look. 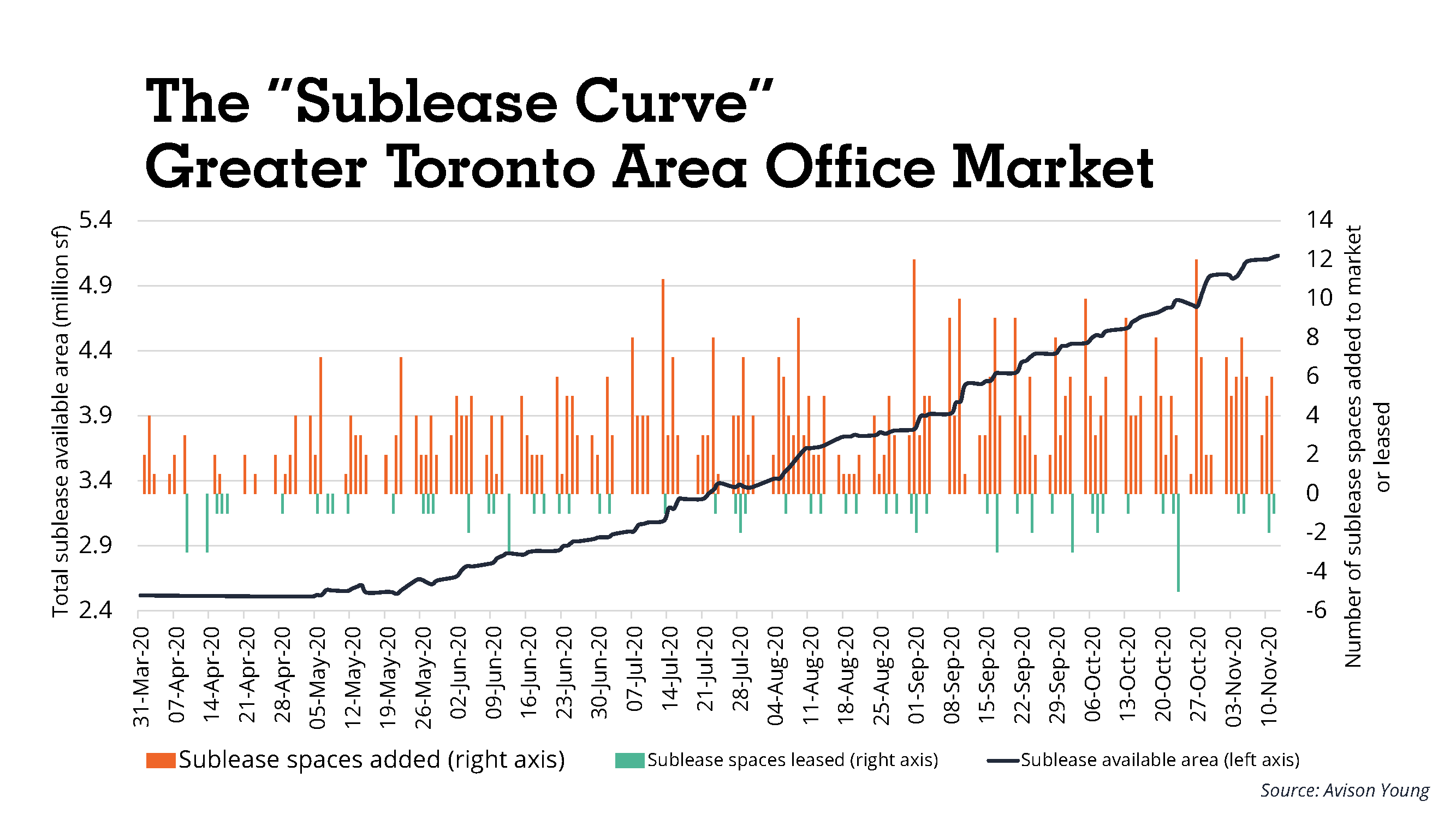 Since our last update in August, the tide of available sublease space has continued to rise and has actually accelerated during the fall months. During this two-and-a-half-month span, the amount of available sublease space across the GTA office market has risen from 3.7 million square feet (msf) to 5.1 msf – for reference, this is up from 2.4 msf at year-end 2019. Meanwhile, Downtown sublease availability has risen from 1.7 msf to nearly 2.5 msf – and is up from just 652,000 sf at year-end 2019. 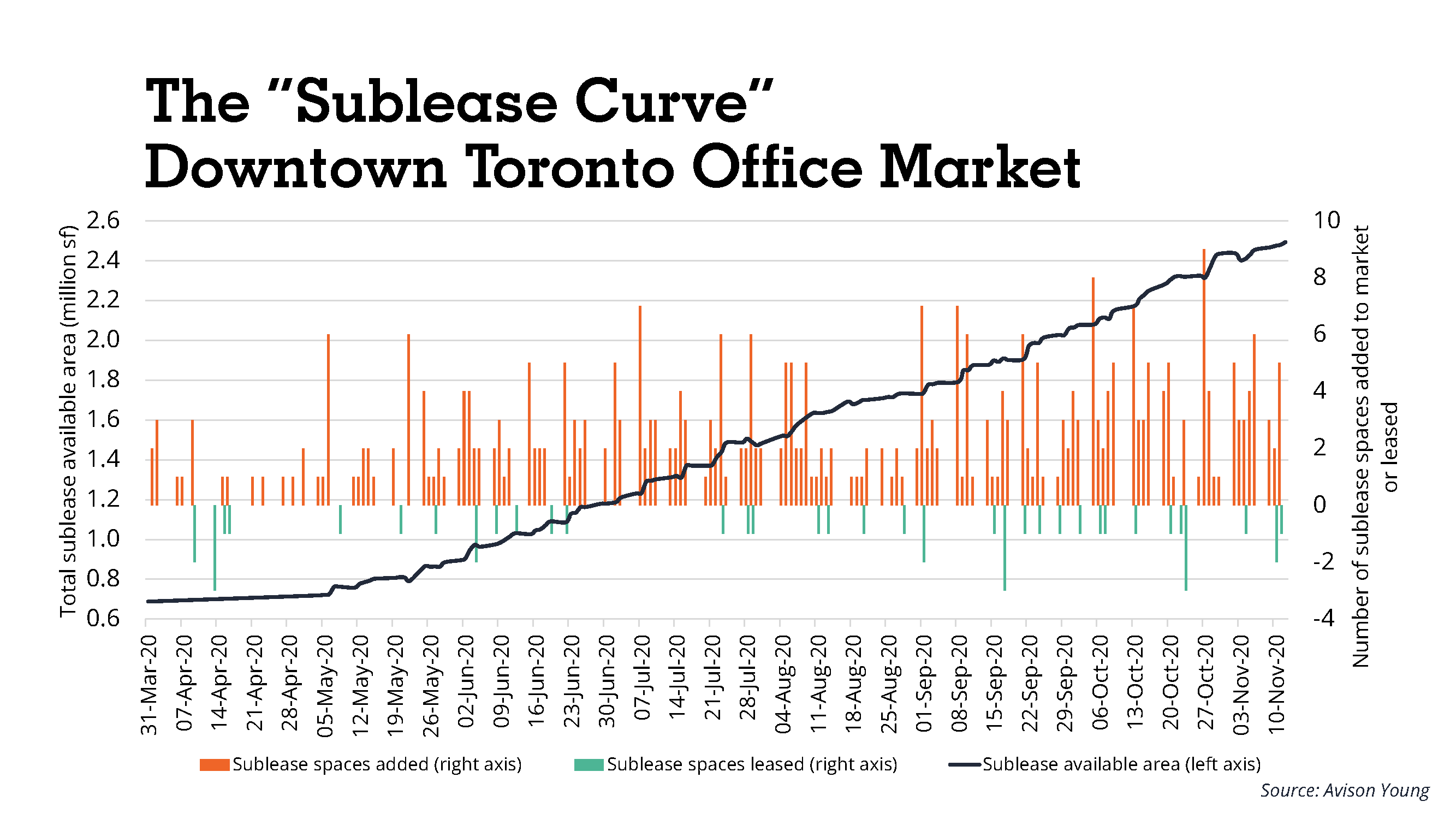 With available sublease space continuing to mount, it remains to be seen how much further this figure will grow, and how long it will take for this space to be leased and return availability to pre-COVID-19 levels. At the best of times, forecasting market activity can be difficult, but given these unprecedented circumstances and a lot of unknown variables, we have taken a “rear-view mirror” approach, looking at what’s happened in previous cycles to make some hypothetical assumptions about how the sublet market could retreat this time around.

The charts below illustrate the amount of office space available for sublease in both the GTA and Downtown Toronto, measured quarterly over the past 20 years. Let’s begin by looking at the GTA market as a whole. 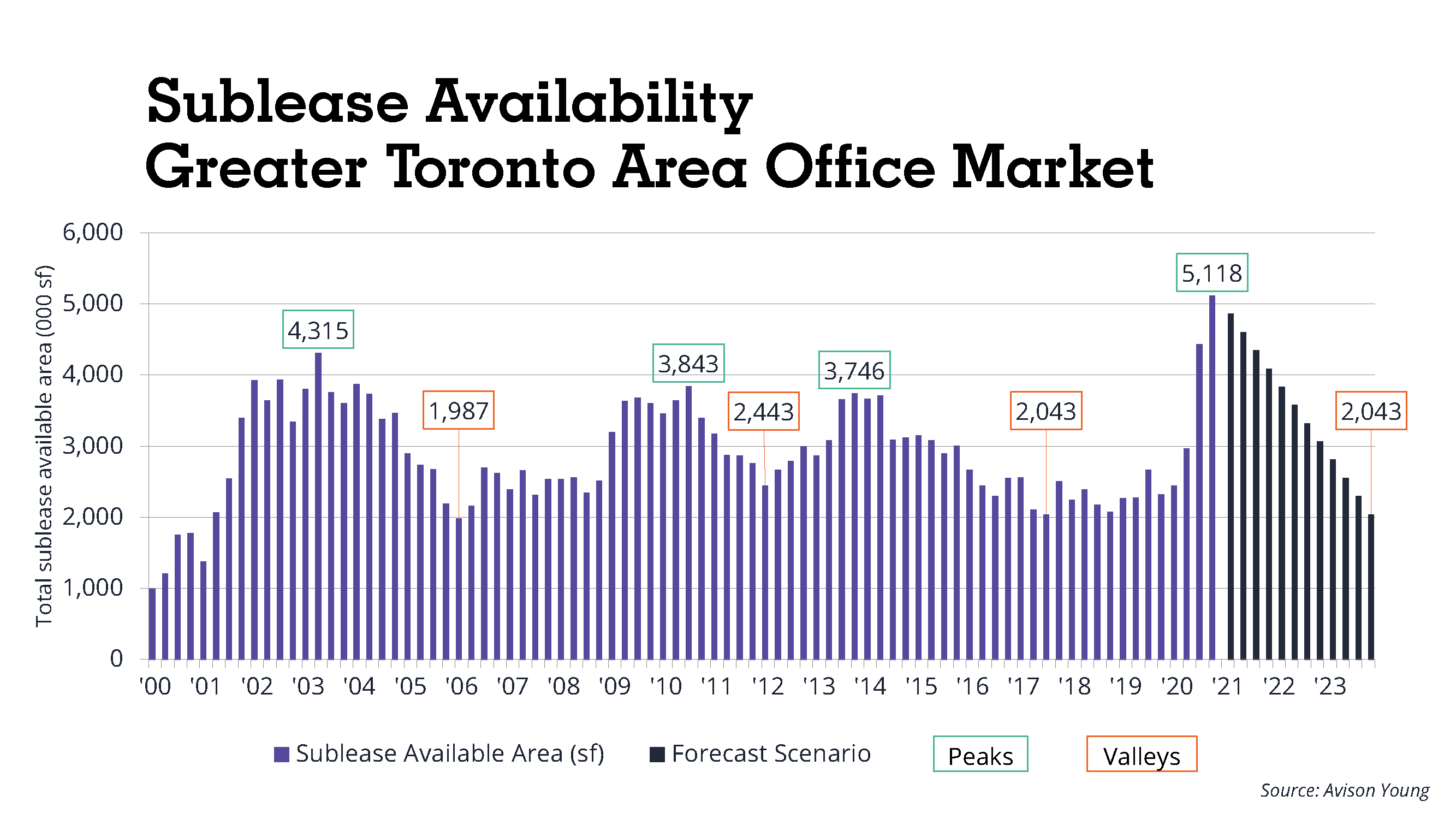 Similarly, three sets of peaks and valleys were identified in Downtown Toronto. The most recent peak-to-valley cycle took 21 quarters, from fourth-quarter 2013 to first-quarter 2019 – during which time sublease availability retreated by slightly more than 41,000 sf per quarter, on average. At year-end 2013, downtown subleases accounted for 38% of the GTA’s available sublease space – and the space took longer to “burn off” than in the GTA as a whole. By comparison, downtown accounts for 48% of total GTA sublease availability today. The most rapid decrease in available sublease space was recorded during the 13 quarters from second-quarter 2004 to third-quarter 2007, when available space fell by an average of nearly 80,000 sf per quarter. 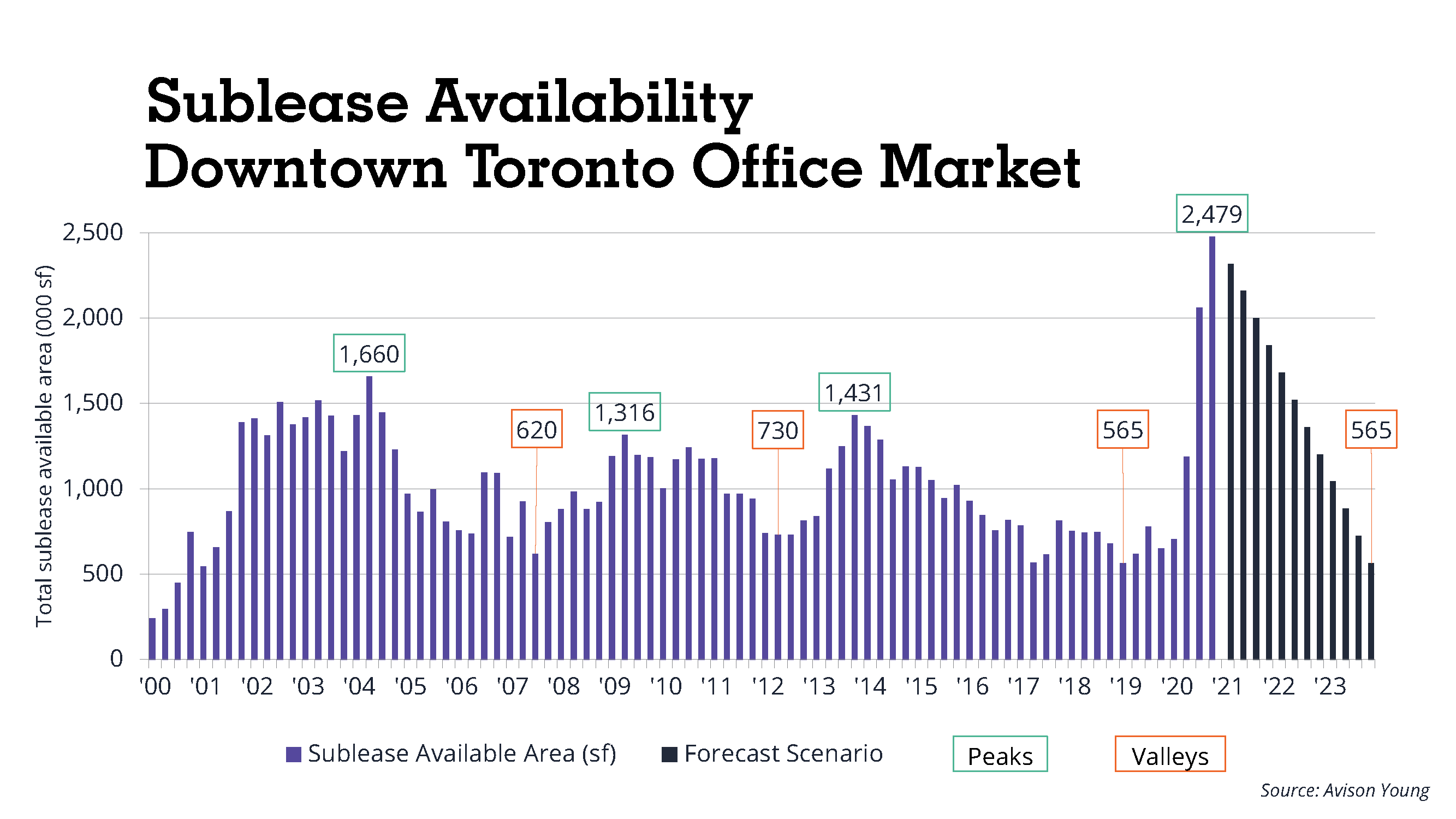 Do these historical perspectives provide any insight as to how the market will respond this time around? Immediately noticeable is the fact that there is no relationship between the rate of take-up in the last three peak-to-valley cycles, spanning 20 years, in either Downtown Toronto or the GTA as a whole. Today’s environment is also totally different – more extreme than what had been considered the “worst of times” during the Great Recession of 2008-2009 – and future circumstances are difficult to foresee. Adding to the complexity is the fact that the true rate of take-up for sublease space is difficult to calculate, given that sublets have a defined term and may “burn off” before being leased, returning to the market as direct available space.

Recent positive news from Pfizer and Moderna about the progress of vaccine development creates hope that there will be greater clarity in the marketplace, giving tenants the certainty they need to transact. As the outlook for the future becomes more concrete, pent-up demand that already existed in the market before COVID-19 could be released if companies decide to take advantage of the flood of available space.

Hypothetically, using the current level of available sublease space as the peak, our analysis looked at what rate of take-up would be needed to return the market to the level of the previous valley within a three-year period – to see whether it would be reasonable. Each chart indicates the trend that would be required to return that segment of the market to its previous valley by the end of 2023. In the case of the GTA, a decline in sublet available space of 256,000 sf per quarter would be needed – not far beyond the fastest rate of take-up seen in the last 20 years.

Downtown, however, the necessary figure would be 159,000 sf – double the fastest rate recorded in any peak-to-valley period during the last 20 years. Clearly, significant pent-up demand would be required – especially given the amount of new office space that will be delivered downtown between now and 2024. Another consideration is the backfill space that will become available, most notably from the major banks and from Infrastructure Ontario (as it moves back into its buildings which have been under renovation), not to mention the possibility of space coming back from the City of Toronto as it implements its workplace modernization program, which includes both leased and owned facilities.

As was the case in August, there are still more questions than answers for observers and stakeholders in the GTA office market. However, this analysis presents one hypothetical path for how demand and supply may guide the market’s reaction to the current situation. Given the unpredictability of today’s environment and the lack of relationship between past peak-and-valley cycles, this analysis primarily offers some context for the current state of affairs. One day, we will be able to look back and see how things really played out.